According to the four gospels, Jesus rose from the dead.  It is why we celebrate Easter.

“He is risen, He is risen indeed,” is a popular saying you may have heard.  It’s a way two Christians or true believers might greet each other on Easter morning.  But is Easter just another symbolic religious holiday that began with wishful thinking?  Did Jesus really rise from the dead?  Would it make any difference if he did, or didn’t?

In this article I’ll take a look at a few ideas posed by actual historians, apologists, sceptics, and everyday folks to see what they have to say about this fact, or fantasy!

Let us begin with the gospels.  Matthew, Mark, Luke, and John tell the story of Jesus and his followers.

They record his miracles, his conversations, his problems and his prayers.  The gospels are considered historical documents recording first person accounts of events.

Matthew was a tax collector before being called on by Jesus.

Mark was also a follower of Jesus but not an actual disciple.  He received most of his information from first hand accounts of Peter and Paul.

Luke was a highly educated man – not an original disciple – and a Greek gentile writing to other gentiles.  He also wrote the book of Acts.

John was an original disciple and lived the longest.  His gospel focuses on the spiritual side of Jesus’ ministry.  He may have been a cousin of Jesus.  He also wrote the book of Revelation.

He Is Risen – Verses

There are several verses that relate to “He” is risen.  Below are 4 noteworthy examples that illustrate the saying in scripture.

Describes an angel speaking with the women who shows them the empty tomb and instructs them to go tell the others. This is an eye witness account by Matthew.

Similarly in this article, an angel appears, says Jesus has risen and that they should tell the disciples then meet Jesus in Galilee.

The angel makes the announcement but then in later verses Jesus meets with his followers and shows them his hands and feet.  “Touch me. I’m not a ghost”, He says, implying that He has, in fact, risen.

This chapter describes the different things that happened at the tomb and it appears most who came didn’t understand or believe what was going on.  This would be a first-hand account since John was certainly there.

Historical Context of “He Is Risen”

When Jesus was alive and living in Israel, the Roman Empire had control of the country.  The Jewish people had been waiting for a Messiah to come and save them from the tyranny of Rome (also read my article on “Judge not lest ye be judged“)

The Jewish priests were in charge of the spiritual side of the culture and could do nothing about the politics but they enjoyed the power they had over the religious side of the people.  So when Jesus shows up on the scene and doesn’t overthrow the government but wants to introduce spiritual changes it doesn’t go well.

He proclaimed himself the Messiah.  But didn’t obey all the rules a “good” Jew.  He told strange stories and taught unusual ideas.  “Love your enemies?”  Neighbors that don’t live next door?  “Good” Samaritans?  Healing on the Sabbath?

Jesus was upsetting powerful people and disappointing the pro “military overthrow” crowds at the same time.

Why “He Is Risen” Means So Much During Easter

The famous “last supper” of Jesus and the disciples is actually when they were celebrating the Passover meal.  Passover is all about God’s protection as the Hebrews left Egypt.

A perfect lamb was sacrificed and the blood applied to the doorposts.  After which the Angel of Death passed over the home and they were saved.

Jesus was the actual Lamb of God who provides life to those who believe.  He saves us from death and gives everlasting life. He was killed to coincide with the celebration of Passover.

However, he did this by conquering death when he rose from the grave on the third day.  “He is Risen” is all about Jesus’ death and resurrection.

The Good News is about his Son. In his earthly life he was born into King David’s family line,and he was shown to be the Son of God when he was raised from the dead by the power of the Holy Spirit. He is Jesus Christ our Lord.

The Most Important Statement in the Bible.

“He is risen” is one of the most, if not the most, important statement in the Bible because it shows the power Jesus had over death.

As Paul said, “if He did not rise from the dead, we have no hope”.  We are preaching about nothing.  Of course, there are many who refuse to believe this happened.

However, individuals who have honestly studied the history, the documents, the eye-witness accounts are usually convinced.  The author of the novel Ben-Hur is one individual who began writing to disprove the gospels and through his research became a believer instead.

He Is Risen Sources You Might Want to Explore

Lee Strobe wrote the classic “The Case for Christianity”.  He began as a sceptic and finished as a believer.

What time of year do we hear “He is Risen”

There are several sermons that are wonderful to listen to (have you ever wondered what “spare the rod” means).

If one attends a true Bible believing church, the Easter sermons should celebrate, without apology, the bodily resurrection of Jesus Christ the Messiah.

The Bible Project has a great video which describes the message from Luke.

And of course Billy Graham is legendary. If you’d like to listen to his sermon this is free on youtube.

Paul writes to the Corinthians here.

Now, brothers and sisters, I want to remind you of the gospel I preached to you, which you received and on which you have taken your stand.  By this gospel you are saved, if you hold firmly to the word I preached to you. Otherwise, you have believed in vain.

After that, he appeared to more than five hundred of the brothers and sisters at the same time, most of whom are still living, though some have fallen asleep.  Then he appeared to James, then to all the apostles, and lastly he appeared to me also, as to one abnormally born

He Is Risen Prayer (3 Prayers of Thanks)

You have the power over life and death.  You sent your only Son to die a brutal death on a cross for me.

You are above all that I can know or understand. Thank you for sacrificing for me.

Help me to be always reminded of how much you must love me.  I never want to take your power and majesty for granted. Thank you most of all for raising Jesus from the dead.

>>learn from my article about the “armor of God“

You are my LORD and Savior.  You went to the cross so that I wouldn’t have to spend eternity away from you.

You left your home to become like one of us so that you could teach us how to live.  But not just how to live but to die in faith.

I know I will die but I also know that it is not the end because of your work on the cross. Thank you for showing yourself to so many people after your resurrection.

Jesus promised you would come to comfort us and he rose and ascended into heaven.  Thank you for the work you do in our lives.

Help me to be more attuned to you and your whispers of guidance.  You are all powerful and if I was more aware of your presence that would be a good thing.

Help me not to neglect prayer and reading the Word because I know that’s where you can speak the loudest to me.

The resurrection of Jesus is the climax of everything.  God has power over the earth and all living things.

He sent Jesus to die on the cross, sacrificing his own Son.  But that was not the end.  Only the beginning.  The beginning of new life for all who believe and are called according to his purposes.

The difficult part about the gospel is just accepting it.  It’s easy to ignore. It happened a long time ago.

This article has provided historical significance, authors of the Bible, scripture, lectures and sermons, and a few prayers for you to use as you wish.

Meeting Jesus requires repentance and a new focus.  Our Creator wants us to be with Him.  The more we know and understand about the Risen Lord the easier it should be to love and appreciate Him.  He is Risen Indeed! 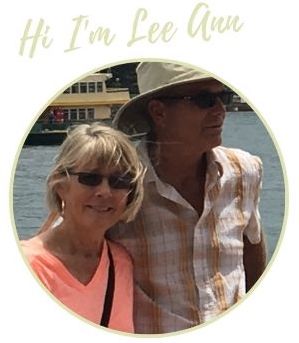